And so back to Motown, that cornucopian family of singers, musicians and writers. Few labels have had such a volume of great acts on the books at the same time, and that meant they needed not just a steady stream of material but a fast-flowing river, and fortunately the writers were there just like the singers, many being performers themselves.

Berry Gordy is world famous as the founder of Motown, but why did he want to start a record company anyway? Was he just a businessman?

The answer is he was a songwriter, so while his business skills were vitally important in the company’s success, he knew  a good singer and a great songwriter when he heard them, because he had aspirations in that direction himself.

Not just aspirations, in fact, but hits in the late 50s and early 60s. Gordy often wrote with his sister Gwen and her then-boyfriend Tyran Carlo (real name Roquel Davis), a jingles writer, beginning with the catchy if uncool Reet Petite for Jackie Wilson. He followed that with Lonely Teardrops, also for Wilson, and You Got What It Takes for early Motowneer Marv Johnson, who somehow missed the boat of megastardom. Here is a cover of Lonely Teardrops by Michael McDonald from the 1995 Nicolas Cage film Leaving Las Vegas.

Then there was  a raucous piece of tosh entitled Money, originally recorded by Barrett Strong, which appealed to the Beatles and has spawned a host of cover versions including a truly nauseating take in 1979 by The Flying Lizards, complete with snobby English-accented vocals by a girl who sounded as though she meant it.

Another one adopted by the British beat groups was Do You Love Me, which the Dave Clark Five, The Hollies and Brian Poole & The Tremeloes all recorded. David Hasselhoff sang it on Baywatch and Bruce Springsteen used to use it as a late-set stormer. So it may not bewidely regarded as one of the great Motown songs, but it certainly had something.

After Gordy had assembled his startling roster of singers and writers, he took a back seat on thatside of things until the late 60s when The Jackson Five appeared. Gordy’s name appears on the credits for I Want You Back, ABC and, as part of The Corporation (with Freddie Perren, Deke Richards and Fonce Mizell), The Love You Save and I’ll Be There.

Not a bad track record for someone who had  serious responsibilities when not messing around with tunes. 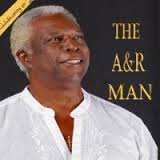 Another man with a proper job who found the time to write a few Motown hits was William “Mickey” Stevenson, Motown’s first A&R man. That means his principal occupation was “artistes and repertoire”: finding and looking after stars in both the performing and writing fields.

While Holland Dozier Holland and the others “just” had to write hits all day long, Stevenson had to squeeze that in as and when he could, and he succeeded to the extent of co-writing Dancing in the Street (many versions including Martha and the Vandellas), It Takes Two (for Marvin Gaye and Stevenson’s girlfriend Kim Weston) and What Becomes of the Brokenhearted (David Ruffin).