Last night I felt like watching a documentary, so I had a look at what Netflix had to offer. The one that caught my eye was called The Unbelievers and was about a couple of atheists: the Englishman Dr. Richard Dawkins and an American, Dr. Lawrence Krauss.

Why would a Christian want to watch a documentary about atheists? Because they were bound to be talking about us, so I wanted to see what they said.

Dawkins is an urbane, rather old fashioned kind of Englishman: smart suits, wavy hair a bit longer than you might expect, and he is reserved: an introvert.

Krauss is very different: he wears a smart jacket but likes to team it with jeans and canvas sneakers in wacky colours. And his wide mouth is always ready to burst into a smile. An extrovert.

They complement each other very well, making up for each other’s shortcomings in any given situation. If you want gravity and intensity, you’ve got Dawkins. You want a wisecracking man of the people, here’s Krauss.

The documentary followed them on a country-hopping tour, doing TV talk shows, live shows and lectures.

I couldn’t help liking them both. Dawkins might be quite interesting, and perhaps even fun when he’s had a few drinks. I was slightly surprised to find that he is married – on his second one, in fact – to an actress most famous for playing a Time Lady in the BBC scifi series Doctor Who.

And Krauss is a born entertainer.

The way they approach their atheism is through science: they’re both PhDs, Dawkins an evolutionary biologist and ethologist – dealing with knowledge of human character and its formation and evolution, and  Krauss a theoretical physicist. Clearly hyper-intelligent people, and they use their brain power, their ability to grasp details when everyone else is struggling to hold onto the general idea, to hack their way through the jungle of belief.

Dawkins found himself on an Australian talk show with the Archbishop of Sydney and proceeded to run intellectual rings around him, until you could see the brakes come on and a look in his eyes that said, “Ease up or they’ll thing you’re a smartarse and a bully”. He seems to find it frustrating talking to people of only above-average intelligence. How would he relate to a room full of people who, whatever their gifts, are not deep thinkers?

We saw him taking a telephone call and trying to keep it simple while whoever was on the other end tried valiantly to keep up.

We saw Krauss impressing and amusing a concert hall where the audience obviously considered it a good night out. He can make them laugh.

What the two doctors also did, though, was  a series of shows in which they sit together on stage on comfortable chairs and dismiss religion in a mocking way, teeing each other up to deliver witty putdowns and unanswerable conclusions. 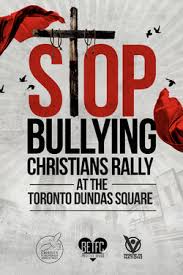 The justification for this, they revealed by chance later on, was that on panel discussions, when two people are having an intense debate, they don’t like it when the chairman butts in and invites someone else to have a  say.

By implication, they are almost always the two cleverest people in the room, so why should anyone else be allowed to get in the way?

Religion, they both firmly believe, is similarly dimwitted and should not be permitted to muddy the waters of science. Incidentally, they seem to have mainly Christianity in their sights, rather than other religions – perhaps because they were brought up with it and are therefore better equipped to analyse  and ridicule it. And as they pointed out, nothing should be above ridicule. If we can make light of any other subject, from politics to sex (they dropped that sparkling, free-spirited word  in several times to show how much cooler they are than we are), why not religion?

What they didn’t explain was why they bother to tour the world, broadcasting their views in this way. If they don’t agree with religion, that’s up to them. You don’t suppose it’s anything to do with money, do you? Money from books and DVDs and touring shows.

For all their studying and theorizing, Dawkins and Krauss can’t point to any concrete proof to back up their opinions. But scientists keep discovering things and to them the Bible looks increasingly absurd. Maybe one day they or one of their hyper-intelligent ilk will accidentally stumble on something that proves to them what billions of us know from a much simpler source. Maybe they will look in their microscope and see God.