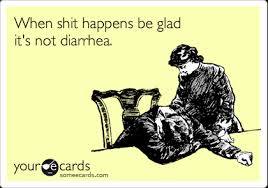 One argument often thrown at Christians and members of other religions is “Why do bad things happen to good people?”

It’s a question to which there is no real answer, but it is very much a 21st century question, because in this science-led day and age the conventional wisdom is that if something cannot be proved, then it is not true. Modern faithless man has no time for anything that smacks of optimism.

This applies to medicine too. In past centuries – and still today in less sophisticated parts of the world – the people who took charge of medical matters used whatever methods and materials they could. They had to come up with things that would help those afflicted with all sorts of ailments. They would find herbs that reduced fever, and substances that would ease the pain and promote healing when someone got burned or scalded.

Much of it probably didn’t really work, but a certain amount did. It just wouldn’t be accepted today because it hadn’t been studied by research scientists who published their findings in learned industry journals. Ever eased the discomfort of a nettle sting with dock leaves? You won’t find them in the pharmacy.

In the case of religion, the pragmatists are very willing to dismiss good things that happen to religious people as happening for no real reason, while laying the blame at God’s door when something bad happens. Why wasn’t he looking out for us?

Looking at it from a practical point of view, though, in a world full of accidents waiting to happen, doesn’t it stand to reason that some will happen? And some will happen to us and to people we care about.

If a technical problem on a car or an aeroplane causes it to malfunction and people get killed or injured, who is to blame for that? Is it the fault of the people we congratulated earlier for working out the concept of flight or building the engines? Their brains didn’t come from nowhere, unless you really believe that a trillion-to-one explosive event billions of years ago created intelligent life that eventually progressed from walking upright and inventing fire to coming up with the internal combustion engine and the iPod. 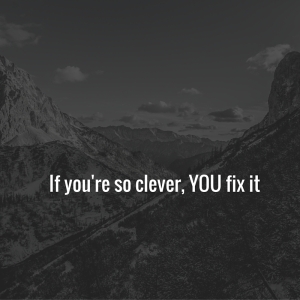 Life for such people is one long process of self-congratulation followed by the bottomless pit of death. They’ve got nobody to trust, nobody to have confidence in. They don’t even have somebody to blame. They are here, alone but for a group of other random characters who come and go unpredictably. They are the lonely ones. And perhaps that is why they’re so noisy about it – because they’re scared.