Do we really need the exclamation mark? Or does feeling we need to use it mean we have failed to express ourselves properly?

The question was raised by my dealings with a friend who is attempting to step up from Facebook pundit to paid journalist. As part of the transition, she started a blog, in which some sound advice and shrewd observations are, in my opinion, let down by a tendency to emphasise points by doing this!

Not to mention the sly, winking one in brackets (!)

Doesn’t the exclamation mark belong in the notebooks and diaries of teenage girls, where they are used to convey levels of astonishment or shock, possibly combined with question marks to introduce a note of doubt and perhaps tempt the reader to engage in some naughty thoughts?

In serious writing (not necessarily all that serious, in fact, but when the writer expects to be taken seriously), do we need that sort of reinforcement?

If the news is “North Korea has declared war on the US”, do we have to add something to make it sound dramatic? 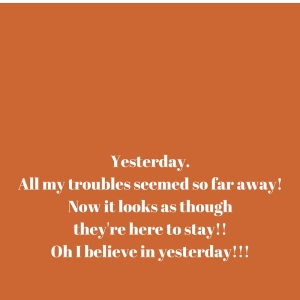 Punctuation is not an exact science. Its purpose is to guide the reader and make the writer’s meaning clear.

If, for instance, we were writing about someone who had been threatening or intimidating someone else, we might report that he said “I’m going to kill you.” Does it need an exclamation mark to confirm that the aggressor was serious? It is highly unlikely that he said it kindly, so we can assume it was meant malevolently unless otherwise stated: He said gently, with an eerie smile, “I’m going to kill you.”

If the aggressor was particularly excited or enraged, we could say: He screamed “I’m going to kill you.”

If he wasn’t serious: “I’m going to kill you if you’re wrong,” he said wryly.

But however many punctuation marks you use, they’re not going to convey the mood of the remark. Only words can do that.

So do we need it? The exclamation mark, I mean!!!!

Well, in the carefree, careless world of social media, by all means! Gorge on your tittering, double-meaning, thigh-slapping punctuation!