Four years of living in the Caribbean were interrupted recently by a trip to Canada. First things first: it dawned on us that we didn’t have any cold weather clothes. I had ditched a perfectly good warm, waterproof jacket at Glasgow airport just before getting on the plane, because I wasn’t going to be needing it where I was going. 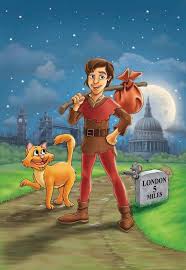 Since my wife had travelled out before me and I had been left to do the packing – bad mistake – I had also taken the liberty of getting rid of coats, jackets, sweaters and scarves that were only going to be taking up wardrobe space while the sun beat relentlessly on a house in the tropics, and anyway, there was no room in the suitcases.

Books went to a charity shop, wedding presents in the form of fancy champagne glasses and so on prompted emotional decisions. We didn’t have enough stuff to justify shipping it separately, with all the attendant hassle, but it wouldn’t go in the cases, so it had to go somewhere. It had to… go.

You hear the expression, “It’s only material things, possessions, stuff.” I drew the line at my precious CD collection, but I did buy a 1ft square, four inches thick CD wallet which enables you to throw away the plastic cases  and slide the discs into little pouches (although regrettably, sometimes the cover art and information wouldn’t fit.)

I cast my mind back to the days when everyone had 12-inch LPs, which I had lugged around to university and back and between dingy flats with the benefit of youthful strength and the lack of any other possessions apart from two pairs of jeans. One old suitcase of the type apparently made of nothing more than tough cardboard had parted company with the handle as I heaved it through a barrier at a railway station, such was the weight of Neil Young and James Taylor it contained – and cases didn’t even have wheels at that time.

Back in the almost present day, as one Caribbean island gave way to another (necessity of work, not island-hopping for pleasure) some separate shipping was involved because I had by then acquired a PA system, which cannot be stripped or condensed in any way. It was piled onto a pallet along with other bits and pieces and shipped via Miami (no direct option) to arrive in Trinidad a month later and be extricated from Customs at a grim and stuffy shed at a port with all the tropical charm of a Gdansk industrial estate. Onto the back of a truck, onto another cargo vessel and into the new house.

Barely a year later we were off again, and again I was in charge of packing. No money for shipping this time, so it was back to the suitcases and the culling.

Kitchen equipment, the PA, a dodgy old car – I had a house sale and gave things away for almost nothing. Got rid of the PA for a reasonable price and the buyer also found someone to take the car off my hands. But still the suitcases wouldn’t shut.

This time the CDs had to go. With the digital revolution I had most things copied into iTunes anyway, so I ripped out from the wallet a few pages of CDs I just couldn’t bear to part with and stashed them in the case. I would like to think the abandoned ones found a good home, but they’re probably being used as coasters to keep water stains off wooden tables or dangled like scarecrows to keep birds away. Anyway, I’ve still got the music, albeit invisibly, and you can look up the information online. It’s not just the pictures, it’s who wrote what and who played bass on a particular track – these things are important to the music-trivia lover.

As for the rest of it, well, you become less sentimental about it once one batch has gone.

Three scruffy plastic bags follow me around: one containing a collection of notebooks I wrote song lyrics in decades ago, another full of childhood memories collated by my parents (newspaper cuttings of this goofy boy in school sports events, educational certificates etc.) and the third a load of miscellaneous photographs which are somehow more treasurable than the ones on my laptop. But I suppose the laptop is a version of the scruffy plastic bags. Must back everything up before something happens.

One thought on “Confessions of an Expat – Downsized by circumstances”